The Master Lectures of CAMS/PUMC

Professors Douglas Higgs, Unit Director at the Weatherall Institute of Molecular Medicine and Professor Dong, the Director of the CTI, visited China 28th November- 2nd December 2015, as part of their continuing efforts within the CTI to promote research exchange between China and the University of Oxford.
They met Professors Xuetao Cao, Chen Zhu, Depei Liu and Qimin Zhang to discuss future collaborations between China and the CTI, in the area of Haematology and Immunology. Professor Higgs gave a talk about his work at the Master Forum at the Chinese Academy of Medical Sciences, and was presented with a gift by Professor Xuetao Cao, President of the Academy after his talk. Professor Yvonne Jones also gave a lecture during her visit to CAMS/PUMC 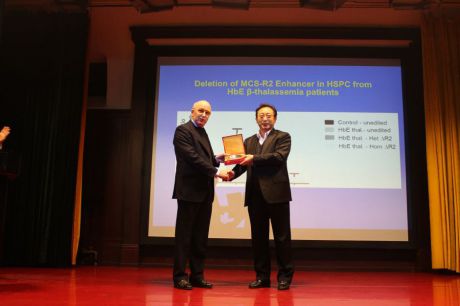 Professor Higgs at the Master Lectures of CAMS\PUMC

From December 8th to 13th of 2016, President of Xuetao Cao led a delegation from CAMS to visit Oxford University.

The delegation participated in the fourth CTI Symposium. They visited the site for joint laboratories at University of Oxford, Both parties developed in-depth understanding of the operational situation and laid the groundwork for further substantive cooperation. Through this visit, the two institutions furthered the cooperative relationship. The close partnership is built between the universities. The visit expanded the field of cooperation, explored new models, promoted practical cooperation, and laid a solid foundation for building a world-class medical research institute. 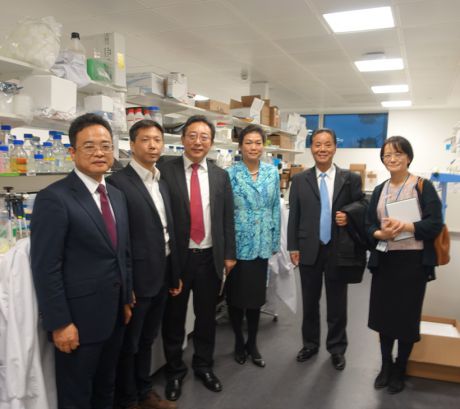 President Cao briefly introduced collaboration history with Oxford University. Both President Cao and Sir. Crewe advocates for establish joint degree programs to better share the educational resources of the two institutions. Both CAMS and Oxford were facing the historic opportunity of rapid development. Building up the channels of cooperation and communication between them. 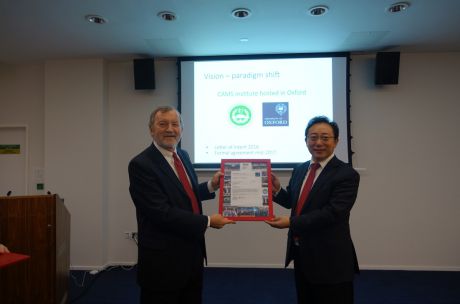 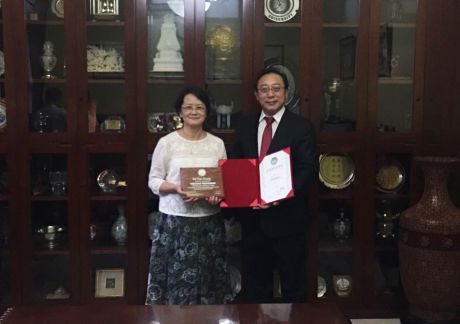 On September 26-29, 2017, China-UK Life Science and Medicine Summit (CULSMS) was held in Beijing. The summit is a joint effort of the China Union of Life Science Societies (CULSS), the National Natural Science Foundation of China (NSFC), Chinese Academy of Medical Sciences (CAMS), the Wellcome Trust, and the Royal Society of UK. Principle investigators, including Professor Yvonne Jones, Professor David Stuart, Dr. Lee-Pei Ho and the fellow researchers from Oxford were invited to give keynote speeches during the summit. 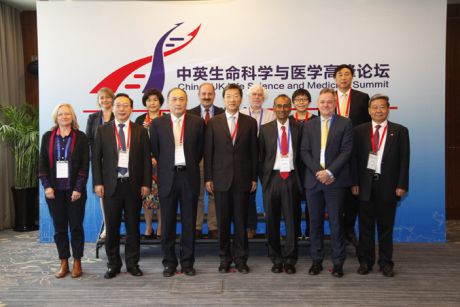 China-UK Life Science and Medicine Summit
In this section